To share your memory on the wall of Tillie Albini, sign in using one of the following options:

To send flowers to the family or plant a tree in memory of Tillie Albini, please visit our Heartfelt Sympathies Store.

We encourage you to share your most beloved memories of Tillie here, so that the family and other loved ones can always see it. You can upload cherished photographs, or share your favorite stories, and can even comment on those shared by others.

Saul and Brenda and Nancy O'Grady and Michael Sullivan sent flowers to the family of Tillie Albini.
Show you care by sending flowers

Posted May 22, 2019 at 02:47pm
Im sorry to hear that Mrs Albini died:( my mom is taking care of my dad who's in the nursing home and didn't go to the wake . I don't have car to get me up to the funeral home because im disabled with two brain disorders and had a seizure along with them:( my boyfriend John is disabled too and he is sorry to hear that she died and Ill be thinking of you along with the rest of us:) I had to divorce Richard s in a very bad situation and serve him the paper work eighteen years ago. take care. Ill miss mrs albini:(
Barbara Emma Shaffer
Comment Share
Share via:

Posted May 20, 2019 at 09:54am
Cynthia, I am so sorry to hear about your Mom, may she rest in peace. Prayers to you and your family.
John Boni and Betty Boni
Comment Share
Share via:
PC

Posted May 17, 2019 at 08:12pm
Cynthia and Dutchie Howanitz and Albini family. So sorry about your Mom. She was a wonderful person, and she raised a beautiful family. Thinking of you and my she rest in peace.
Comment Share
Share via:
SB

Posted May 15, 2019 at 02:23pm
Our hearts are saddened by your loss. May you be comforted by the outpour of love surrounding you. 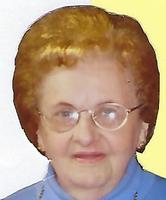 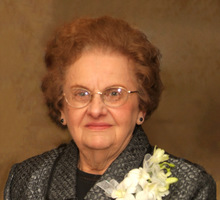