To share your memory on the wall of Filomena Bonanni, sign in using one of the following options:

Provide comfort for the family of Filomena Bonanni with a meaningful gesture of sympathy.

To plant a memorial tree in honor of Filomena Bonanni, please visit our Heartfelt Sympathies Store.

There are no events scheduled. You can still show your support by sending flowers directly to the family, or planting a memorial tree in memory of Filomena Bonanni.
Plant a Tree

We encourage you to share your most beloved memories of Filomena here, so that the family and other loved ones can always see it. You can upload cherished photographs, or share your favorite stories, and can even comment on those shared by others.

Posted May 10, 2020 at 07:47pm
Maria, So sorry to read about you mom’s passing. I only met her once but always heard lovely things about her. Sincerely Jill Gorgas
Comment Share
Share via:

Posted May 10, 2020 at 12:36pm
My heart is deeply saddened to have lost such a beautiful women. I will miss cutting her hair and having conversations with her in Italian. I am so sorry for your loss and may she rest in peace.
Sincerely
Cursina Leo
Comment Share
Share via:
SM

Posted May 10, 2020 at 06:06am
I am so sorry for your loss....I used to see her at the local diner with her friends and we would talk about the old days on clarkson ave. She really missed my Nona Laura....May she be blessed in Heaven...
Comment Share
Share via: 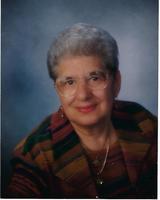