To share your memory on the wall of James Foley, sign in using one of the following options:

To send flowers to the family or plant a tree in memory of James F. Foley, please visit our Heartfelt Sympathies Store.

We encourage you to share your most beloved memories of James here, so that the family and other loved ones can always see it. You can upload cherished photographs, or share your favorite stories, and can even comment on those shared by others.

Posted May 12, 2020 at 05:25pm
I remember him because my dad, Joe Flesher worked on the force with him. He was a kind and very nice man. My prayers are with you.
Comment Share
Share via:
EB

Posted May 12, 2020 at 10:08am
Kathy - we were so sorry to hear of your father's passing. Our sincere condolences to you and your family. It's unfortunate that we cannot be with you at this time. Hope to see you and Joe again at bowling whenever that happens! Joe, Elaine and Mary Beck
Comment Share
Share via:
CJ

Posted May 11, 2020 at 02:44pm
Extending my sincere sympathy to the Foley family.
People loved and respected Jim.
He was a wonderful man and a great asset to the town of Olyphant.
I will always have fond memories of him.
Comment Share
Share via:
JS

Posted May 11, 2020 at 11:04am
TO THE FOLEY FAMILY:
WE ARE SORRY TO HEAR ABOUT JIM,S PASSING
OUR PRAYER'S ARE WITH HIS FAMILY.
JACK AND MARY LOU SKUMANICH
Comment Share
Share via:
JV

Posted May 11, 2020 at 09:59am
To the Foley Family:
Our thoughts and prayers are with
you at this time.
Ann & Jerry Valonis & Family
Comment Share
Share via: 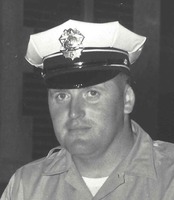