To share your memory on the wall of Myron Krenitsky, sign in using one of the following options:

Born in Olyphant, he was the son of the late Metro and Anna Sucheniak Krenitsky... Read More
Myron T. Krenitsky, 88, of Blakely, died Monday at the Mountain View Care Center following a brief illness. His wife of 61 years is the former Barbara Telep.

Born in Olyphant, he was the son of the late Metro and Anna Sucheniak Krenitsky. He attended Olyphant High School and graduated from Johnson School of Technology. He proudly served in the United States Army in England during the Korean Conflict.

Before retirement, he was employed by Sardoni Construction. He was a 60-year member of United Brotherhood of Carpenters & Joiners of America Local Union 445 and was a lifelong member of SS. Cyril & Methodius Ukrainian Catholic Church in Olyphant.

Myron was a skilled carpenter and master artisan of fine woodworking, and his meticulous works became treasured gifts for his family. He loved the outdoors and was a passionate fly fisherman and hunter, and he belonged to Greystone Hunting Club in Pike County for more than 60 years. He took great joy in gardening and growing fruit trees. He served as a scout leader and then scoutmaster for Boy Scout Troop 68 of Peckville for 15 years. Myron was proud of his Carpatho-Rusyn heritage and loved to be surrounded by his family to celebrate holiday traditions and family events. His strength, love, and guidance were the foundation for his family and will be missed more than words can express.

A Divine Liturgy in SS. Cyril & Methodius Ukrainian Catholic Church, Olyphant and interment in the parish cemetery with military honors will be held at a later date. Donations in Myron’s name may be made to the Alzheimer’s Association, 225 N. Michigan Ave., Fl. 17, Chicago, IL 60601 and to SS. Cyril & Methodius Church, 135 N. River St., Olyphant, PA 18447.

Arrangements are under the care of the Arthur A. Albini Funeral Home Inc., 1003 Church St., Jessup.
Read Less

To send flowers to the family or plant a tree in memory of Myron T. Krenitsky, please visit our Heartfelt Sympathies Store.

We encourage you to share your most beloved memories of Myron here, so that the family and other loved ones can always see it. You can upload cherished photographs, or share your favorite stories, and can even comment on those shared by others.

Posted Feb 21, 2021 at 12:24pm
As a kid, the Krenitsky house was like a second home, and I have many fond memories of Myron. I was always in awe of his woodworking skills. I worked for Myron one summer, and for a kid without a lot of experience, he taught me important lessons about responsibility, hard work, and pride. He will be missed.
Comment Share
Share via:
DK

Posted Feb 20, 2021 at 03:37pm
Honesty – Integrity – Honor – Discipline – Hard Work - Fidelity – Respect for Nature. These are not only lessons you tried to teach your sons but principles that you lived your life by each and every day. I may not have been able to fill those big shoes every day but there was certainly no better example of how to be a good, hard-working man than the one you set in front of me. You were strict but always fair and did not hesitate to let me know that I was always loved…even though I was often a “goofball”. Thank you so much for being the best father one could ever hope to have. I’m so sorry that your last miles had to be so tortuous and painful but hopefully now you can finally kick off your work boots and rest peacefully. Rest in peace Pop. I love you. 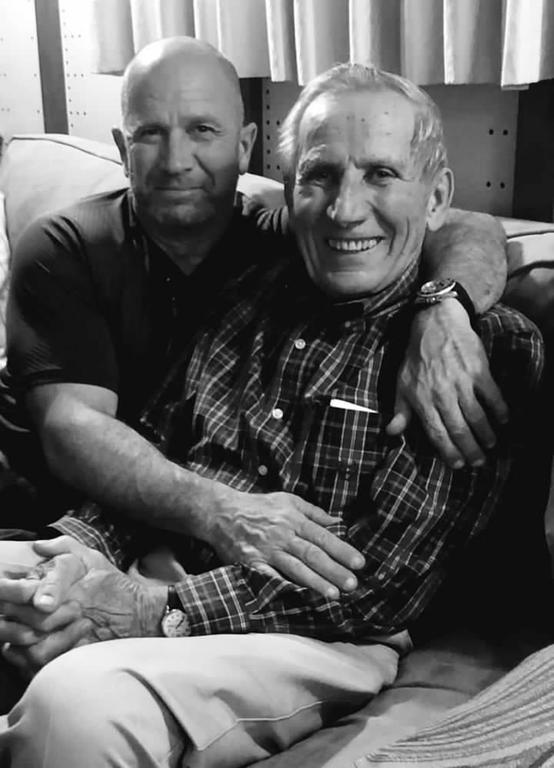