To share your memory on the wall of Michael Lucsky, sign in using one of the following options:

Born in Miami, Florida, he was the son of Nancy Soter and stepfather, Michael Soter, Elmhurt; and the late ... Read More
Michael Scott Lucsky, 48, of Jefferson Township died Monday February 15, 2021. His wife of 17 years is the former Robin Troiani.

Born in Miami, Florida, he was the son of Nancy Soter and stepfather, Michael Soter, Elmhurt; and the late Michael Lucsky. A graduate of Valley View High School, class of 1990, he attended Temple University and graduated with a Bachelor's Degree from Wilkes University. He proudly served in the United States Navy where he traveled the country.

Mickey had a love of nature and this was evidenced by his career choice as an Inspector for the DEP. A longtime member of Honest Angler's Fishing club, he was an avid fisherman who especially loved spending time at Lake Wallenpaupack. He also enjoyed golfing. Mickey was quick witted and had a great sense of humor that always brought out smiles. He had an encyclopedic knowledge of music and sports. He was a loving son and had a special bond with his mother. Robin was the love of his life. Even though they were married 17 years, their relationship developed as teenagers. Above all, Mickey was a loving father to his daughters, Shelley and Lily. Although the pandemic has been trying, it gave Mickey and Lily the opportunity to be even closer than they already were. A talented guitarist, Lily loved listening to him play music, especially songs from their favorite band, The Beatles. He was a huge Yankees fan since childhood. Mickey will be truly be missed by all who knew him, including his beloved dog, Maple.

He was preceded in death by his father, Michael Lucsky and father-in-law, Salvatore Troiani.

Funeral services will be private at the convenience of the family.

Arrangements are under the care and direction of Arthur A. Albini Funeral Home, 1003 Church St., Jessup.
Read Less

There are no events scheduled. You can still show your support by sending flowers directly to the family, or planting a memorial tree in memory of Michael Scott Lucsky.
Plant a Tree

We encourage you to share your most beloved memories of Michael here, so that the family and other loved ones can always see it. You can upload cherished photographs, or share your favorite stories, and can even comment on those shared by others.

Posted Feb 27, 2021 at 12:22am
To my best friend of 30+ years.I will always remember the good old high school days,our famous double dates and driving around looking for mickey all hours of the night .I will cherish all of those great memories forever.Im deeply saddened for you and Lily.Rest in peace mickey.
Comment Share
Share via:
M

Posted Feb 25, 2021 at 08:19pm
The memories my 4 kids have with their uncle Mickey at campfires, trips to the Delaware and fun times at Ubaldo carnivals are all a special part of their childhood memories. They surely will miss him. May God give each of his loved ones the true comfort only God can give.
Seamans family

Posted Feb 25, 2021 at 12:32pm
Words cannot described how shocked I am. I remember all the summer-night campfires in his backyard, the fishing trips, and just hanging out with him. He will always live on in my memories. Rest in peace Michael.
Comment Share
Share via:
MH 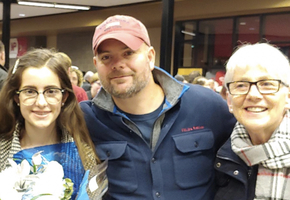 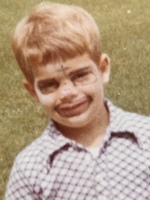