To share your memory on the wall of John Clark, sign in using one of the following options:

Print
John Clark Sr., 83, of Olyphant passed away on Sunday May 23rd at Geisinger CMC.

Born and raised in Throop, he was the son of the late William & Mary Petrini Clark.

A U.S. Air Force Veteran, he proudly served as an aviation... Read More
John Clark Sr., 83, of Olyphant passed away on Sunday May 23rd at Geisinger CMC.

Born and raised in Throop, he was the son of the late William & Mary Petrini Clark.

A U.S. Air Force Veteran, he proudly served as an aviation mechanic. Known by many as the "Car Doctor" he was the longtime owner of Clark's Service Station in Throop, where he always wore a smile while dressed in his white coat.

Always true to his love for music and his Accordion, he joined Stanky and The Coal Miners and appeared many times on the weekly PBS Polka shows. He also made multiple appearances with The Yan Levan Orchestra and Joe Lindner Trio.

When asked how he was doing, he would always reply with his signature line "getting younger with age!" He will be deeply missed by his family and friends.

Funeral services will be held Sunday at 6 pm in the Arthur A. Albini Funeral Home, 1003 Church St., Jessup. Friends and family may pay their respects Sunday from 5 pm until time of service. Interment in Prospect Hill Cemetery, Peckville will be private at the convenience of the family. In lieu of flowers memorial contributions may be made to St. Jude Children’s Research Hospital, 501 St. Jude Place, Memphis, TN 38105.
Read Less

To send flowers to the family or plant a tree in memory of John Clark Sr., please visit our Heartfelt Sympathies Store.

The insignias listed here may be subject to copyright and/or trademarked. Those copyrights and trademarks are owned by the respective organizations.

We encourage you to share your most beloved memories of John here, so that the family and other loved ones can always see it. You can upload cherished photographs, or share your favorite stories, and can even comment on those shared by others.

Posted May 28, 2021 at 12:53pm
I was very sorry to learn today of John's passing. He was a great mentor and "big brother" to me when I worked for him and his dad in the '60s at their Arco station near my house. He taught me a lot about cars and character. My sincere condolences to his family.
Robert Cupina, Reston, VA
Comment Share
Share via: 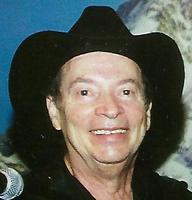