To share your memory on the wall of Robert Ferretti, sign in using one of the following options:

Provide comfort for the family by sending flowers

We encourage you to share your most beloved memories of Robert here, so that the family and other loved ones can always see it. You can upload cherished photographs, or share your favorite stories, and can even comment on those shared by others.

Posted Oct 05, 2019 at 10:01pm
Aunt Helen, Bobby, Nikki, Todd and families: Tonight I was missing my mom and scrolling through her phone. I was drawn to open her Facebook app and stunned to read a very love-filled, affectionate post (the one with lanterns raised at night) giving tribute to "Poppy" - and it could only mean one thing. I cannot express how very sad I am to hear of Uncle Louie's passing and ashamed I was not aware of it in time to attend the services. Just know that tears are in my eyes and my heart is heavy. Aunt Helen - you and Uncle Louie were always welcoming and made feel comfortable. Nikki, you were the only other female in my orbit and were very generous with your time and attention when we visited - thank you. And Todd, you were the first baby I ever held:-) Your house was such fun with all of your cousins! My first experience with rabid fan-devotion was watching Uncle Lou and Bobby with the Phillies. For more than 30 years, I have created Philly Cheesesteak Sandwiches the way he showed me in your kitchen (ripping the steak-ums in pieces and melting in the cheese). I revel in the story told by Nana, Aunt Helen, Aunt Ann, along with my own mother - sitting in the living room on 4th Street about Grandma Til's Irish Folklore regarding a "dark-haired person to be the first across your threshold on New Year's Day - would bring good luck" ---- and Til's same command that Louie be that person. It is unconscionable that I would not have stayed in touch and missed this (and Toot's) services, but alas... you wouldn't believe the drama if I told you. Please know that distance and time have not diminished my affection for any of you - indeed - likely time has made the memories all the sweeter. All my love: Kim (Armbruster) Saunders ksaunders4@stny.rr.com
Comment Share
Share via:
RF

Posted Sep 07, 2019 at 09:29am
So very sorry to hear of Louie's passing. Our prayers go out to all.
Sincerely,
Pat and Anne Zwanch
Comment Share
Share via:
HS

Flowers were purchased for the family of Robert Ferretti.

Love, The Suprick family purchased flowers for the family of Robert Ferretti. 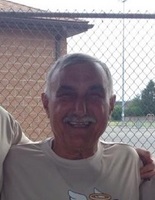 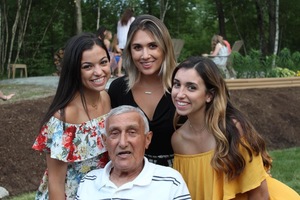 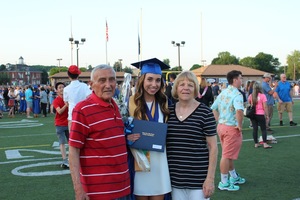 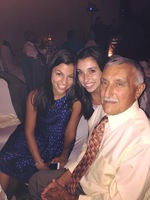