To share your memory on the wall of Daniel Degilio, sign in using one of the following options:

Provide comfort for the family of Daniel Degilio with a meaningful gesture of sympathy.

We encourage you to share your most beloved memories of Daniel here, so that the family and other loved ones can always see it. You can upload cherished photographs, or share your favorite stories, and can even comment on those shared by others.

Posted Jan 08, 2019 at 09:02am
Sorry to hear about Danny's passing. Our deepest sympathies from our family. Danny actually introduced Marilyn and to me many years ago. I have many happy memories from the old days.
Chuck & Marilyn Mercer

Posted Jan 05, 2019 at 09:58pm
I am greatly saddened to hear of Dan's passing. We shared a lot of good times growing up in West Scranton, going to same grade school and scouting group. I have a picture of Dan and myself on a rope bridge we helped build on a father son camping trip at Goose Pond. Dan and his family moved away and we lost contact. I was glad to find him as a classmate again when my family and I moved to the Abingtons. We then graduated together from Abington Heights in 1968. After that we went our separate ways and I lost track of Dan. I always thought of Dan as a good guy, a good friend. My deepest sympathies to Dan's family and loved ones. God grant you peace and joy in having Dan in your lives, as I do for having known Dan and sharing good times together.
Comment Share
Share via:
BP

Posted Jan 05, 2019 at 07:57pm
I am so sorry to hear of Dan’s passing. I was privileged to watch him grow up on Summit Lake Road. We shared many outings with the family and I will always remember what a kind man he was. Sincerely, Beverly Phillips
Comment Share
Share via:
DL

Posted Jan 05, 2019 at 10:50am
I met Dan while in high school and he was always one of the "good" guys from Newton to went to Abington Heights. Dan enjoyed his Corvette that I actually saw before he received it from his Father. We will all miss Dan even though we went our separate ways following high school.

May God bless him and his entire family now and always. 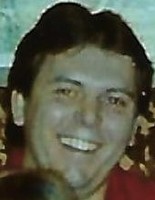